Now after the Sabbath, toward the dawn of the first day of the week, Mary Magdalene and the other Mary went to see the tomb. And behold, there was a great earthquake, for an angel of the Lord descended from heaven and came and rolled back the stone and sat on it. His appearance was like lightning, and his clothing white as snow. And for fear of him the guards trembled and became like dead men. But the angel said to the women, “Do not be afraid, for I know that you seek Jesus who was crucified. He is not here, for he has risen, as he said. Come, see the place where he lay. Then go quickly and tell his disciples that he has risen from the dead, and behold, he is going before you to Galilee; there you will see him. See, I have told you.” So they departed quickly from the tomb with fear and great joy, and ran to tell his disciples. And behold, Jesus met them and said, “Greetings!” And they came up and took hold of his feet and worshiped him. Then Jesus said to them, “Do not be afraid; go and tell my brothers to go to Galilee, and there they will see me.” (Matthew 28:1-10)

Do not be afraid! Death will never have the last word. Jesus is alive. Alleluia! 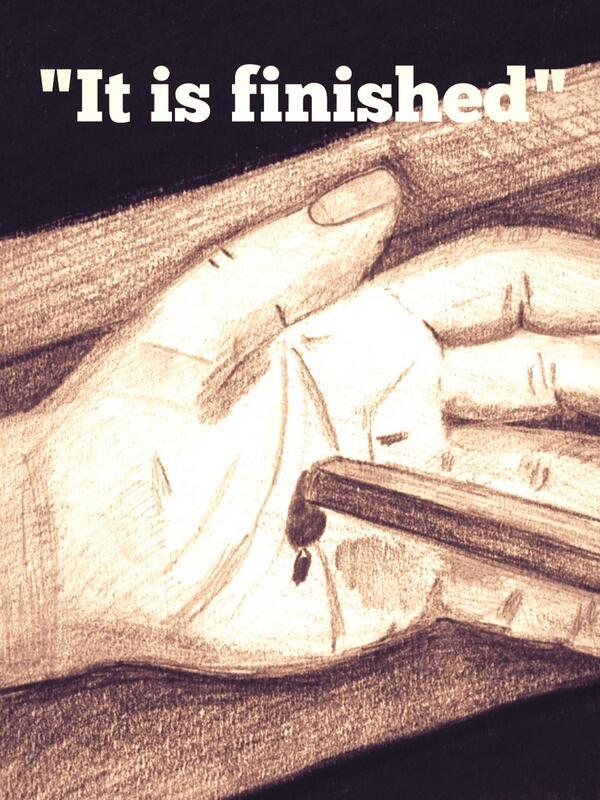 Hope breaks through despair.
No hatred, or suffering can last forever.
Eternity is God’s, and so are we.
“It is finished”, he said, we are free.

We did the story of the storm on the lake this week in Ysgol Llanbedr, and Ysgol Dyffryn. From my point of view it was the best story we’ve done ever! We got the kids to sit in the shape of a boat, one of our team had made a cool mast, and I got to play the sea and squirt the kids with water pistols when the sea got rough. Who said the Bible was boring????

A faceless crowd. Harsh, accusing, out for blood. The giver of truth being condemned by a lie.

A traitor. A kiss.

A crowd of traitors. How many people in that crowd were also crying ‘CRUCIFY!!!’ just days later?

How many times have I stood in that crowd?

How many times have I accused, condemned, rejected? Turned my back because the truth was too hard to take? Gone along with the energy and hype, to be part of the ‘in’ crowd?

When we are accused, how often do we feel like we are being faced by that crowd?

Surrounded by darkness, pressured and pushed around, asked to be something you are not? Mistreated, abused, kept on the outside; rejected.

A faceless crowd of accusers, focused on the result rather then the truth. The greatest pain and injury we can feel comes not from our enemies, but from those who are closest to us.

It is not a enemy who taunts me –

then I could bear it;

it is not an adversary who deals insolently with me –

then I could hide from him.

But it is you, my equal,

my companion, my familiar friend.

We used to hold sweet converse together;

within God’s house we walked in fellowship.

Does the God encourage popular culture?

I’d argue a big fat yes! Yes, to the point that creating culture could be seen as being our main function on earth. We are made in God’s image, we have the ability to create and be creative, but even our basic needs have encouraged us to create culture. We have certain basic demands as humans, food, drink, warmth and community (communication) and these all lead to the creation of culture.

This are some first thoughts