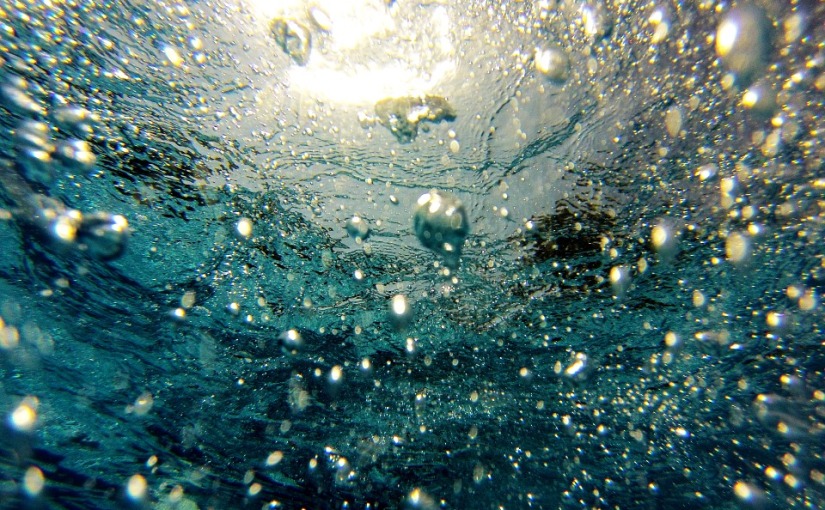 Jesus is in Jerusalem, when he come across this man. He has been ill for 38 years, and for an unspecified amount of time, he has been sitting near the pool near the sheep gate, waiting for the healing water to stir.

The legend of the pool was that, at certain seasons, an angel would stir the waters, and the first one in would be healed. This was believed to be true, and the pool attracted a crowd of the city’s poor, sick, lame, desperate and lost people.

This legend is included in verse 4 of today’s gospel which the most observant of you will notice is omitted from our pew sheets, and from most modern bibles, and is included only as a footnote. That is because there is debate over this particular verse. This is partly due to the language it is written in, not fitting with the rest of the gospel of John, and so is thought to be a later addition. But there is also the argument that this angel verse distracts readers and hearers from the focus of this passage, which is Jesus. So, now you know why the ill man was there, I will distract you no longer.

Jesus is in Jerusalem, when he come across this man.

This is how he lives his life. He has no other purpose but to sit, and wait and watch.

So he is sitting, and waiting, and watching for his life to come to him. And that is the illusion of the pool. That life happens to us. That our life is nothing more than the things that happen to us. That life is found outside of ourselves. And when we believe that we find life externally, we start saying, as soon as….

As soon as this happens, everything will change.

I don’t know about you, but I’ve heard those words before. They are words that I’ve used myself in my own life.

We start off as children, as soon as I grown up, I’m going to buy a horse, drive a car, eat as much chocolate as I can. Then life will be great.

And then I’ll be happy. My life will be sorted. My problems will go away.

And until then, I’m going to sit, and watch and wait.

We can understand some of what the man has gone through. We are the same.

Now, for someone who has been ill for 38 years, you think this would be a straight forward question. But instead of saying ‘Yes’ or No’, the man on the mat starts giving Jesus all these excuses. ‘I have no one to help me’ I keep missing my turn’ ‘the others cut in front of me’. It’s not fair. It’s not my fault. It’s everyone else who have held me back.

Oh, how often I have done this. A simple question which is met my excuses rather than an answer. But, but, but…. it’ not my fault!!!!

His circumstances are not irrelevant. And neither are ours. But our lives are more than our external circumstances. And so Jesus says, ‘Take up your mat and walk.’

And without touching the waters, the man is healed, he has everything he wants, and he gets up. He is freed from his imprisonment because Jesus has given him a new way.

The illusion of the pool is revealed and we are freed from our imprisonment. The life that Jesus offers is not a ‘as soon as’ life because our lives are not determined by our external surroundings.

What matters to God is who we are, and who we will become. We learn that life comes from God and the gifts and abilities from within us, and when we use what we have, we will no longer be, sitting, and waiting and watching.

‘Do you want to be made well?’

Then do the things that I have told you. Take action. Go, you are well.

This site uses Akismet to reduce spam. Learn how your comment data is processed.